The agricultural ecosystems around the coasts of northern britain have formed for many years a case study for research and practice in the topics of this web site. They are primarily a mix of cereal land and managed grassland, interspersed with trees, rough grazing and the occasional marsh. They are maritime in climate, within the Atlantic agro-climatic zone, not experiencing the extremes of temperature in the centre of continents.

They are high yielding and still diverse, but as with much other cropland throughout the world, they are degrading. Soil carbon, once probably 6-8% is now typically 3%, some fields falling as low as 1%. Yields have stabilised since the 1990s and show little sign of rising despite genetic improvement in the main crops. The living things that have been associated with the ecosystem for more than 5000 years are having a hard time maintaining their populations and ecological functions. 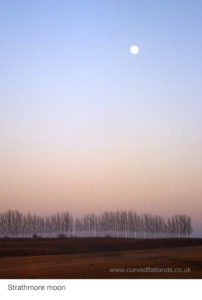 The biological and economic future of the croplands is uncertain. The are on the edge economically and yields may fall rather than rise.  They have long since lost their connexion with urban populations – people were quick to forget their reliance on home production in the 1940s and 1950s. The peoples’ main staple carbohydrate now comes from elsewhere in the form of bread, pasta, rice and maize. The main bulk products grown locally are for alcohol making and stock feed, with exceptions such as potato, oats, some vegetables and soft fruit.

Yet the croplands remain an intriguing mix of farmed ecosystems – from cereal farming to crofting, from high input wheat-potato to low input barley-oat-grass. And they are increasingly well characterised in terms of their soils, biota, crop systems and climate. An internally they are connected to the central higher landscapes, making them perhaps a unique case study, so much variety existing over so short a distance from shore to mountain.

This part of the web site will take a searching look at the croplands of the north atlantic coasts. It will examine three primary topics of interest:

Articles about the Atlantic zone