Arriving in Lancaster, the late sixties – the Biology Department housed itself in an old mill in the town. You had to cover your work on the bench on leaving each day, because dust, bat droppings and other stuff fell through the ceiling at night. A few months there, and we moved up to the new campus at Bailrigg. A new microscopy suite had just been put in, run by Ken Oates. He encouraged me to prepare some live epidermal strips, with open and closed stomata, which we tried to photograph with phase contrast and interference microscopy. 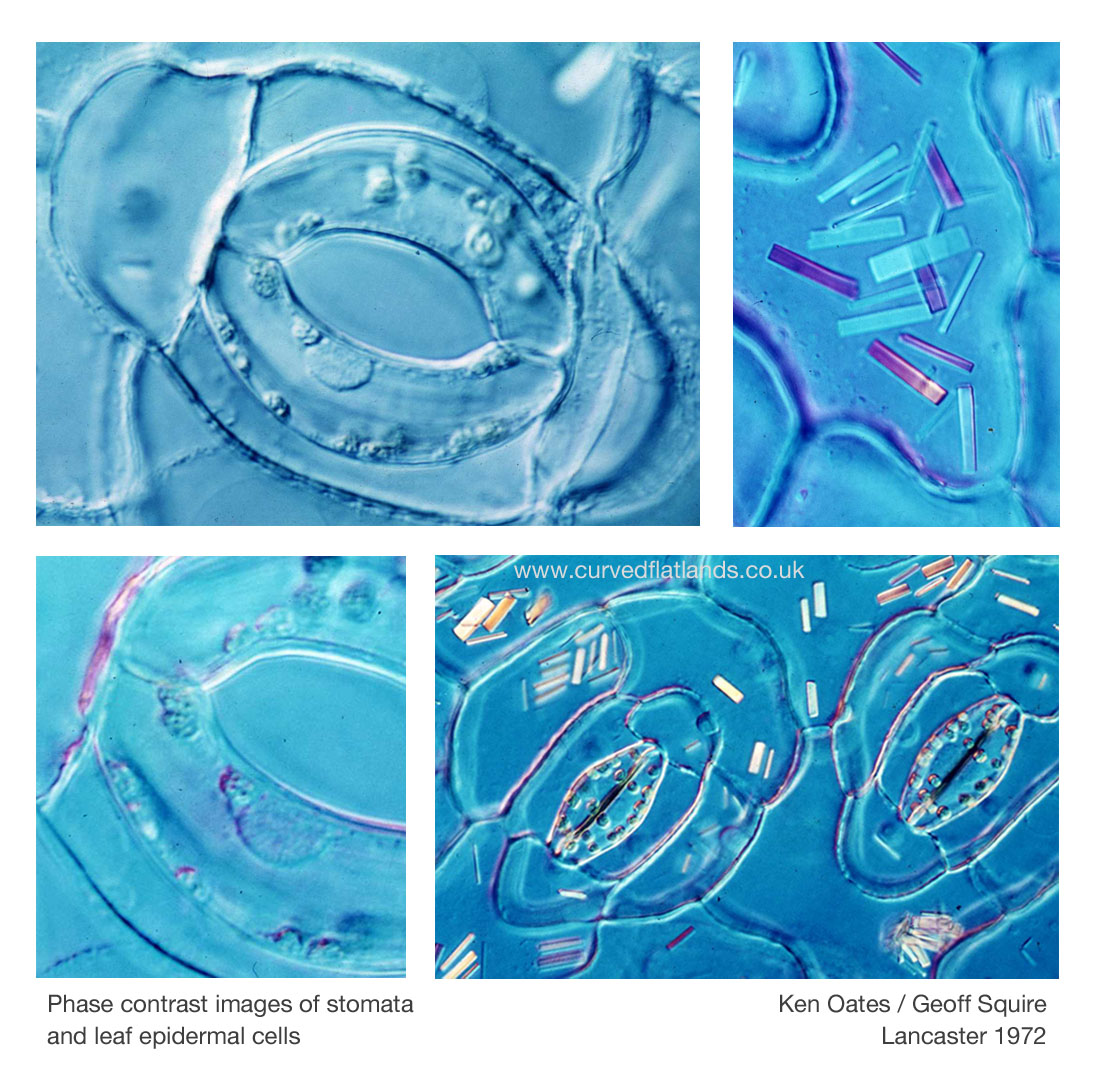 The images above were taken with phase contrast. The guard cells, the adjoining companion cells and general epidermal cells are evident, the latter containing crystals that display in different colours. The nuclei and chloroplasts are visible in the guard cells. The stomatal aperture is about 10 micrometers wide. The image is false-coloured: leaf epidermis is mostly pale and translucent.

Terry Mansfield, professor at Lancaster, in a recent card told me that Ken Oates died earlier this year aged 90.

The above were part of a set of images Ken took on 35 mm slide film. I’d marked ‘1972’ on the cover of each. They’ve travelled a lot since then, but were always kept in a plastic box and out of the light and damp.  They were scanned yesterday. Remarkable how fresh they look. We also took some of the first electron micrographs of stomata, but I’ve lost them in transit!