The fire at Notre-Dame de Paris on 15-16 April 2019 brought back to mind many encounters with the building and its music over the past few decades. I took some photographs of the cathedral and its surrounds with black and white film in 2006, and looked at them again as the fire raged on the news bulletins. Some of them are shown here. 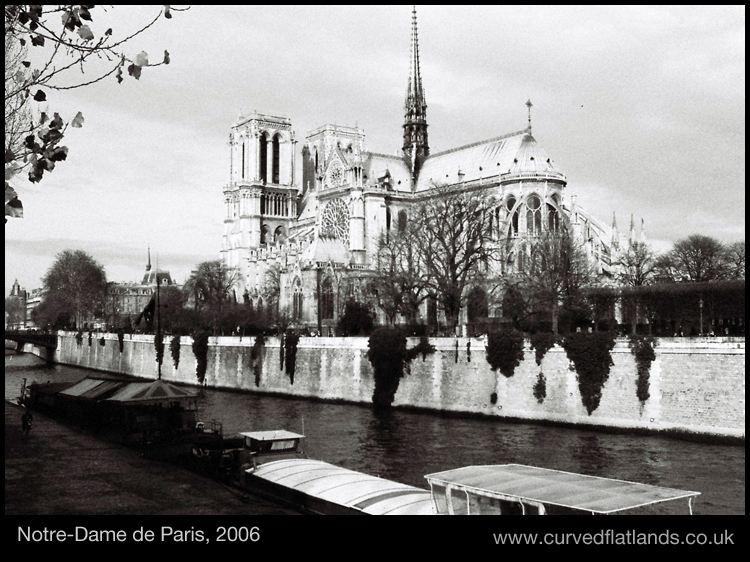 My first encounter with Notre-Dame was not through a physical visit but through a vinyl record.  In my late teens, a journey through many forms of music led to a recording of the organ at Notre-Dame played by the resident organist Pierre Cochereau [1].  The record, released in 1967, cost 50 pence on the Saga label, less than the price of a 1st class stamp today.

It was through his playing of slowly evolving chords of Pachelbel’s Allein zu Dir …  that I first became aware of the great space within Notre-Dame. The the recital was the beginning of a trail for me leading to modern French music and organs and finally to the master, Olivier Messaien [2].

The record sleeve had an image of the west entrance and bell towers. Like the photographs, it was taken from its cupboard and played again the morning after the fire started. The sound was as remembered. Notre-Dame and its organ had become something I knew. 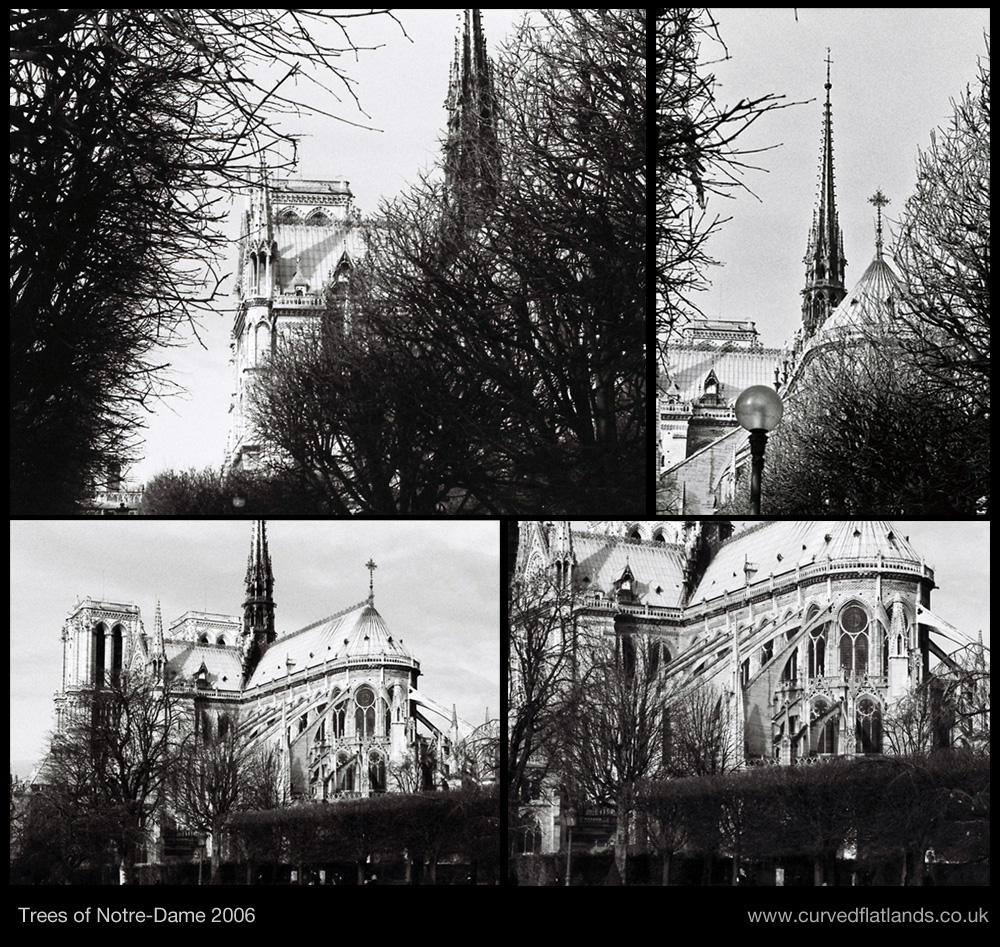 For the next two decades, travels  took me to parts of Africa and Asia but hardly ever to Europe. It was the opening of eastern countries, and later the promise of collaboration through EU science funding, that encouraged an exploration of Europe and its history, science and cultural riches.

On visiting the cathedral for the first time, the impression was not just of a building but a building seen through the trees and tall hedges lining the walkways and surrounding spaces. The trees were part of the cathedral and its space, especially in winter, without leaf. They enhanced the stone and glass rather than obscured them. 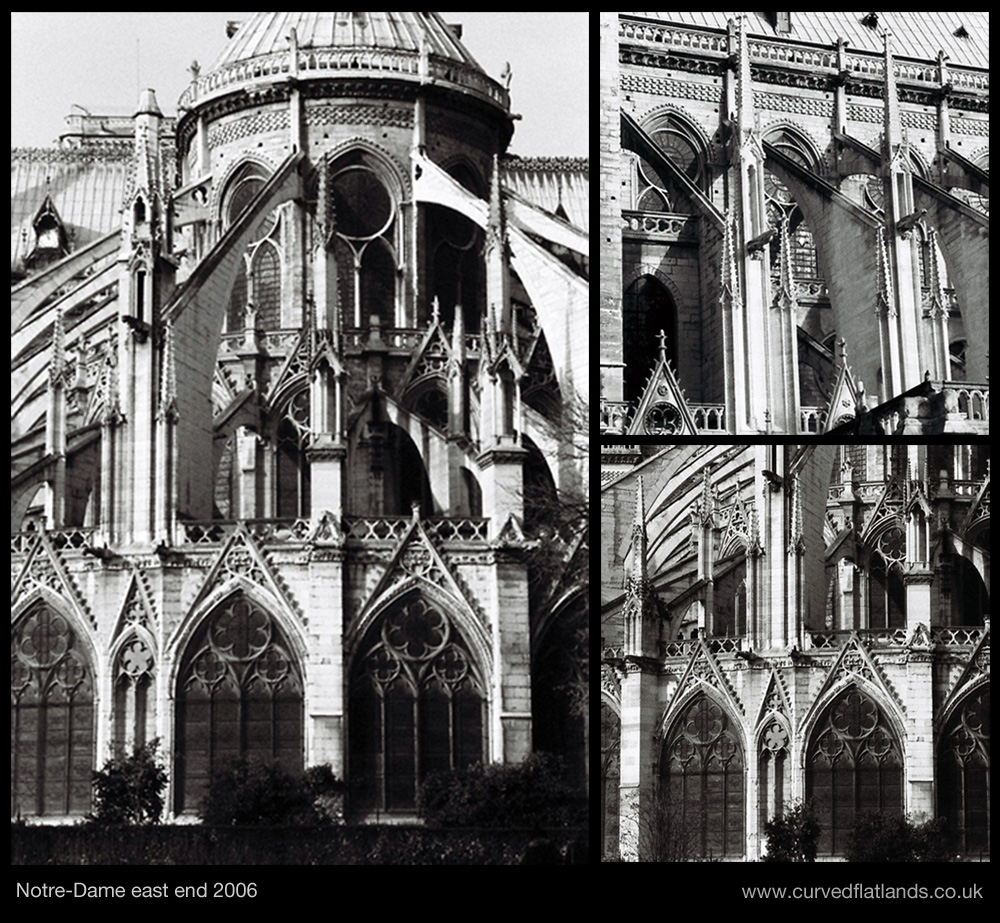 From around 2005, our success in winning and working on EU projects [3] encouraged many more visits to Paris. Invitations to give talks, serve on national panels and assess doctoral students brought a familiarity with the river, museums and great churches of the city.

Many visits left a few hours to spare before catching the late flight from CdeG airport to Edinburgh. So if the weather was warm enough, the banks of the Seine near Notre-Dame 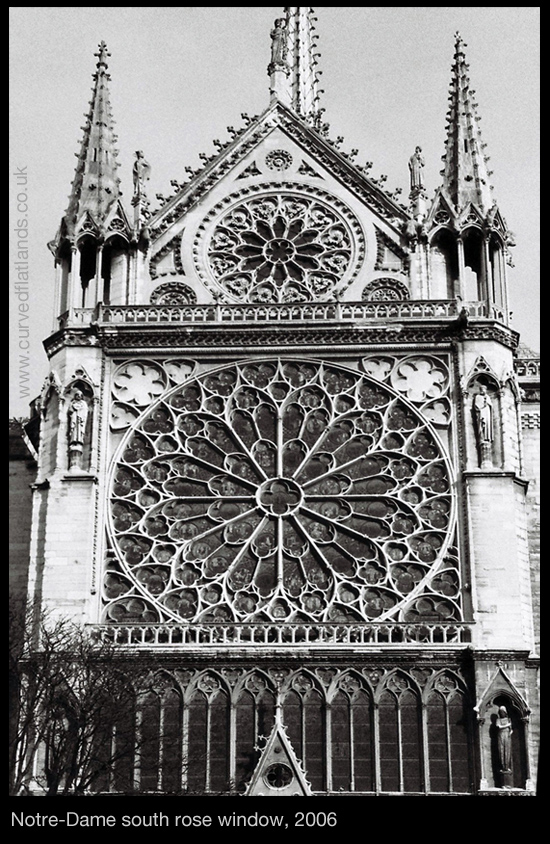 was the place to rest, read and stroll about. The cathedral appeared in many lights and shades, summer and winter, inside and out.

The south rose window was a favourite, fixed from across the river. The fire spared it, I believe, as it spared the other two rose windows [4].

Short holidays (work aside) in Paris invariably included a visit to Notre-Dame. On one occasion, when inside the building, the wardens separated the crowd into those who would stay for a religious service and those that should leave. Grannie Kate found herself among the remainers, not able to depart until an hour or so later when the service ended. An experience! 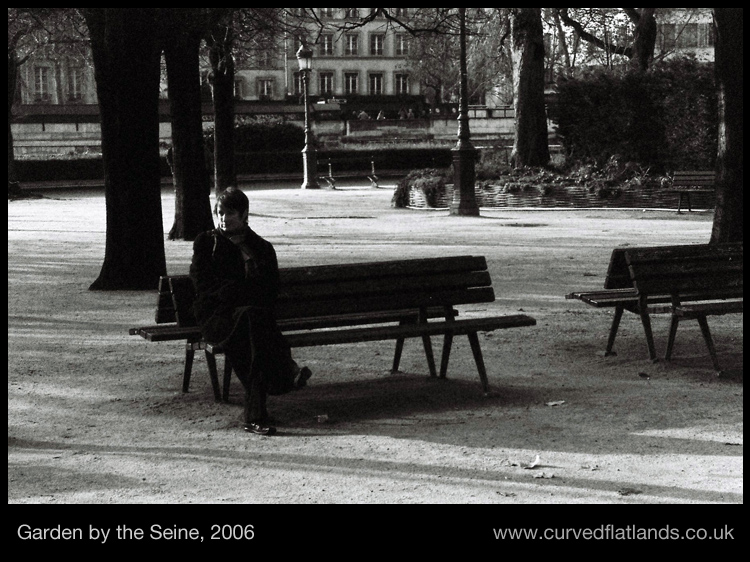 So when the flames appeared on that night of 15 April, and spread very quickly along the roof, it was as if someone you knew was in dire need. And this feeling seems to have been felt by many around the world. There is something about Notre-Dame that makes it much more than an old building.

[2] Olivier Messaien composed a wide range of works for organ, piano and orchestra. He was organist at Eglise de la Sainte-Trinite in Paris.